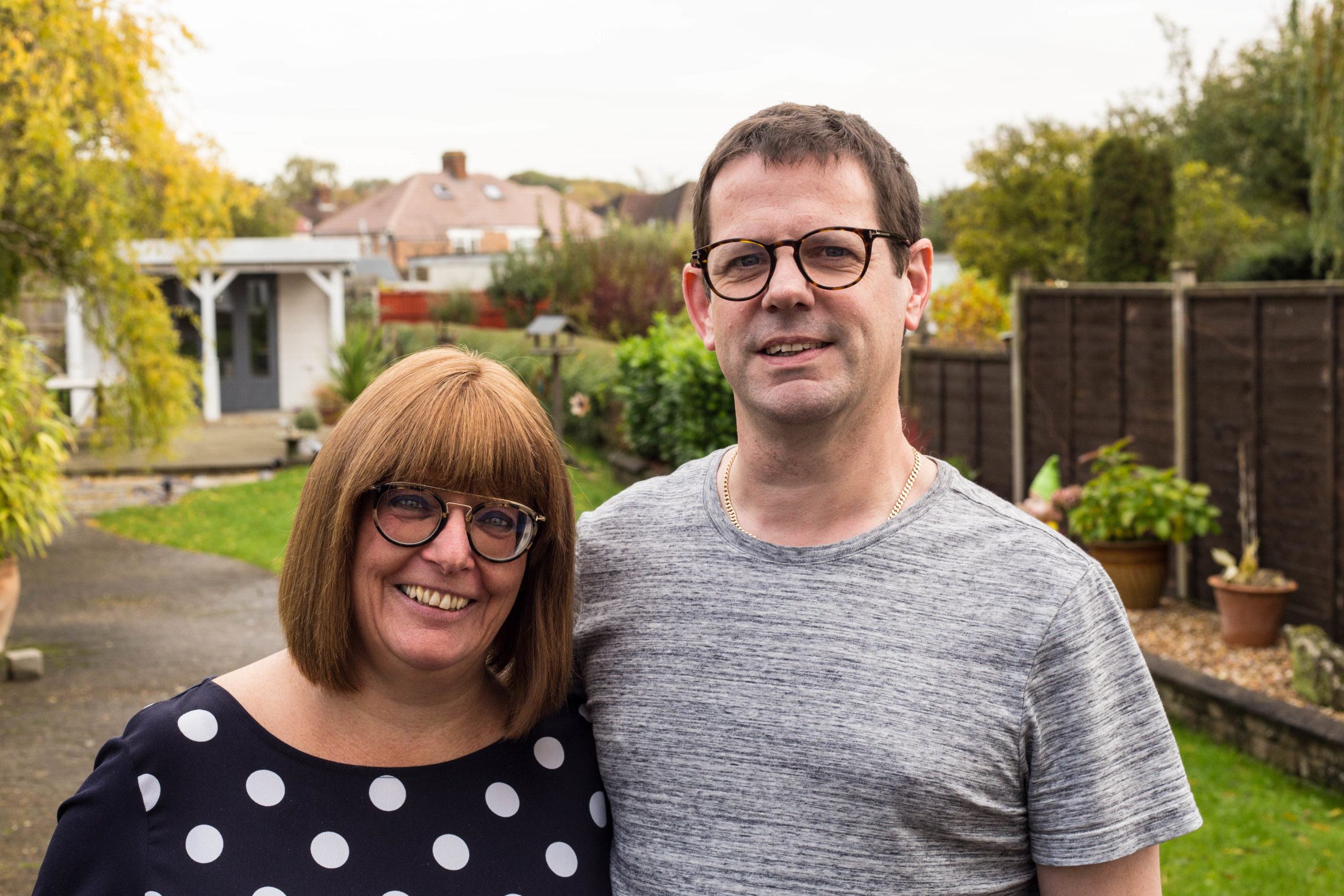 “We are now mindful of our plan... It feels good to be in control.”

We are a married couple with two grown-up children. Our goal was to retire early at 55 with the same standard of living.

We didn’t expect it to be achievable, as we didn’t have a clue about any of our pensions; Doug had several as he has moved around and had also been self-employed, and I had just the one.

When we looked at the illustrations we received from the providers, we didn’t understand them. We felt that we were in a poor position.

Helena was fabulous. I know people say that, but she really was. We went from being very pessimistic and unsure to having a solid plan that would enable us to achieve our goals.

We are now mindful of our plan and are working towards it. It feels good to be in control.

Retirement is now potentially in the not too distant future, so we often talk about what we might like to do.

We know what we can spend, safe in the knowledge retirement is well planned – that makes such a difference, as previously we were unsure if Doug would ever be able to retire!

We'd love to hear from you.

We are authorised and regulated by the Financial Conduct Authority (FCA) under registration number 912090.

The content of this website is meant for information purposes only, and does not constitute advice. The value of investments can fall as well as rise, utilising investment products places capital at risk.

By continuing to use the site, you agree to the use of cookies. more information